Cockroaches are insects belonging to Order Blattodea. They are a primitive and highly successful pest whose origins date back at least 300 million years. Fossil evidence show that little has changed in their body form over that time. Cockroaches exploit a large range of ecologies, living among decaying leaf matter under bark, and burrows, also on the foliage of scrubs, and even in the nest of social insects. They can also bore into wood. There about 3500 species of cockroach worldwide, but about ten of those species have exploited the dwellings of humans. Some of these cockroaches have become very successful scavengers and cohabit with people.

Cockroaches reproduce sexually, and this involves attractant pheromones. The female secrets the pheromones and they are detected by the make cockroach by chemoreceptors on the male’s antennae. The eggs that develop in the female are encapsulated in a purse shaped egg case “ootheca.” The Oothecae can contain between 12-40 eggs, depending on the species. The female will attach the egg case to a surface just before hatching or even months before hatching. After hatching the nymphs will congregate with the adult cockroaches. The nymph development will a number of moults, this can take 2-4 months in some of the smaller species, and up to a year in others. Cockroach life span can be a few months or over a year. Over this time, the female can produce 5-30 oothecae, depending on the species and the condition they live in.

A cockroach infestation will occur in and around buildings that provide food and shelter combined with the right temperature and humidity. A commercial kitchen can support hundreds or even thousands of cockroaches. They can easily be carried from one place to another as live cockroach or within egg cases, in food packaging, boxes, furniture, buses, trains and other transport.

Cockroaches will eat just about anything left lying around or dead animals, including human and animal food and beverage. This can include materials like cardboard, fabrics, glue, wallpaper and starchy bindings in books. Cockroaches are nocturnal and will hide during daylight hours, and then become active at night when they go in search of food. 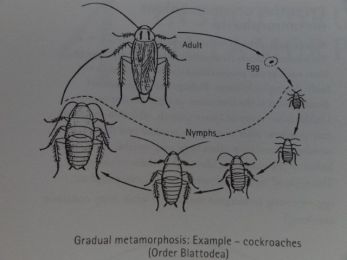 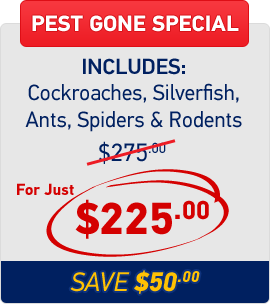