[separator top=”-55″ bottom=”10″ style=””]
Pest control is a treatment that a home owner would have done once a year. The general pest treatment would be for cockroaches, silverfish, ants and spiders, these pests are the most common around the home.  The one that would cause the most problems would be cockroaches. There are all different species of cockroach but the one that would cause the most trouble for a pest technician would be the German cockroach, this species can breed at an alarming rate, if this species is found in a home it needs to be treated as soon as possible.

The places cockroaches like to harbour are around cupboard hinges, microwaves, under fridges and mainly in the kitchen area; if they have moved to other parts of the home then it could mean there is an infestation.  Also if you see cockroaches running around during the day this can also mean there is a problem.

The way to treat cockroaches is with a liquid pesticide and also in conjunction with a dust that would be applied to hinges under fridges etc. and finally with a gel, the gels are put on hinges also and on the backs of microwaves and in food cupboards.

Lots of people are concerned about ants around their home. But the problem with ants is there are just so many of them, it’s almost impossible to kill every ant in and around a home. Ants can travel long distances looking for food and will stop at nothing, even if a whole colony is wipes out there is always another one to take its place.

Spiders can also be a problem around the home. When getting rid of spiders, pest controllers have to get a direct hit to kill spiders. Spiders can live in the bushes under cutters and small cracks around the home and are seldom seen during the day, so with spiders and ants they are a pest that we all have to learn to live with to some extent. 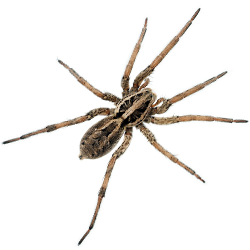 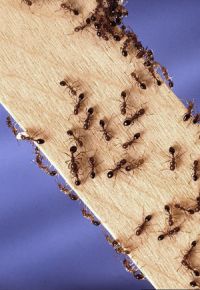 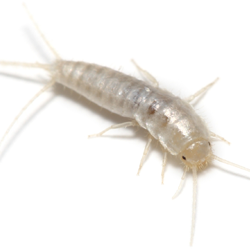