This video shows the European Wasp is now in Brisbane. I’m Jason Neale, the owner of Best 1 Cleaning & Pest Control. We were called out to a customer’s house in the suburb of Chermside to remove a wasp’s nest.

Once we had turned up to the job site, we realised this was the dreaded European Wasp. These wasps are well known in Europe, hence the name. They will attack repeatedly and are very aggressive. They will attack in groups or on their own, but once one of them starts to attack, other members of the colony will join in, stinging time after time.

The bite or sting is like a red hot needle piercing the skin time after time, and I know from personal experience, as I grew up in England and was once the victim of an attack from a nest of wasps.

These wasps will build their nests in and around homes or offices and even in holes in the ground, and they protect them with serious aggression. If you find a nest in or around your home, don’t risk trying to kill or remove them yourself. Call us here at Best 1 and we’ll remove them for you. 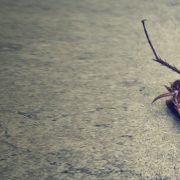 Services Best 1 Provide for our Customers

How Checking for Termites Can Protect the Home

How To get Rid of Fleas

Managing Pests in the Hotter Months.

Get Rid of Ants
Scroll to top